Cathy Lewis is one of Hampton Roads' most knowledgeable media professionals, having worked in commercial and public broadcasting for more than 30 years. 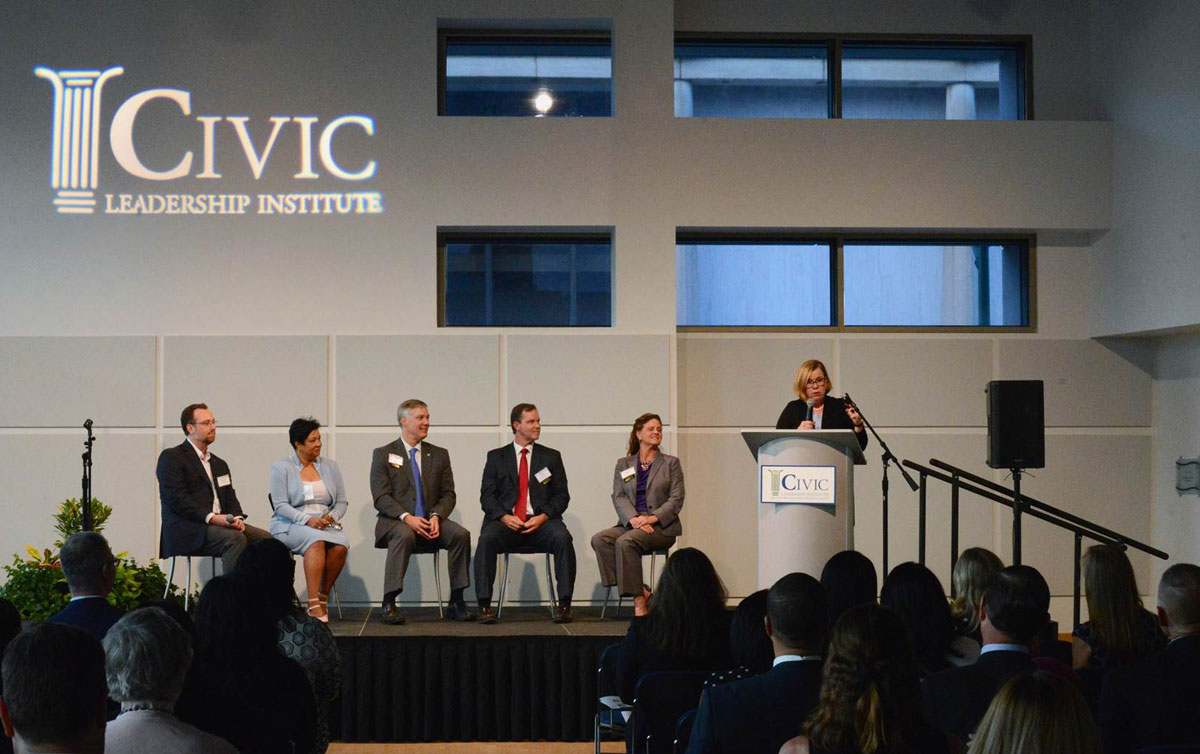 Cathy Lewis is one of Hampton Roads' most knowledgeable media professionals, having worked in commercial and public broadcasting for more than 30 years. She is the founding host of WHRV-FM’s flagship public affairs program, HearSay with Cathy Lewis which anchored the Hampton Roads public media station’s noon hour for 25 years.

Cathy also served for 18 years as President and CEO of the CIVIC Leadership Institute, growing the organization from its fledgling early days into the robust leadership engine it is today.
With leadership in civil discourse, community engagement and communication, Cathy is a popular speaker, trainer and facilitator of corporate and community conversations.

Cathy has also been named repeatedly to the Inside Business Power List, an annual roll call of the 75 most powerful people in the region. In 2014, she was inducted into the Silver Circle Society of the National Academy of Television Arts and Sciences, Chesapeake Bay Chapter, for more than 25 years of significant contributions to the industry.
Cathy's community service includes service on The Williams School Board of Trustees and Norfolk’s COVID Advisory Council. Her husband is the rector of Christ & St. Luke's Episcopal Church in Norfolk. Cathy's humor essays about her unexpected life as a clergy spouse and sports mom have aired nationally on The Hallmark Channel. Cathy is a cum laude graduate of the W. Page Pitt School of Journalism at Marshall University and holds an honorary doctorate from Virginia Wesleyan College.

Get 30 days free access to The Cathy Lewis Show, a 30-minute weekly podcast about what’s happening in the 757 and beyond. (New episodes begin mid-June 2021.) Join Cathy for exclusive interviews and captivating content.
Join now for Free30 days free, then just $2.99/mo.

Knowing more about the issues that shape the 757 empowers us to create the kind of community that works for us all.